Erectile dysfunction is a relatively common but serious issue for those who are affected by ED. After seeing a physician or doctor, it does absolutely no harm to seek help in non-medical methods, in this example; Sex toys. 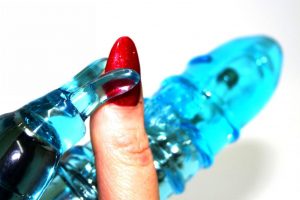 You wouldn’t be blamed for thinking that sex toys are not usually associated with treatment for ED, but upon further thinking it’s easy to see why! Although ED is more common in older men, younger men can suffer from symptoms brought on by a psychological influence; these are those who will find more success in sex toys. Even if efforts made using sex toys are unsuccessful a lot of fun will still be had along the way! Of course, when linking ED to sex toys one immediately thinks of a penis pump, this is, of course an option but not the only option. Those who suffer from ED due to performance anxiety or other psychological influences will find great success in implementing sex toys into the bedroom with a partner. By watching their partner engage with a sex toy they are able to watch and enjoy, thus relieving themselves of pressure and anxiety and giving them great viewing in the process!

Pleasing your partner and relieving pressure

As previously mentioned, sex toys can be a gift for those who suffer from ED due to psychological influences; however they can also aid a man who experiences symptoms due to illness, age or injury. Due to its private and particular nature, ED can often be perceived to be a ‘death sentence’ or perhaps a death sentence to their sex life, however this does not have to be the case. If you are a sufferer of ED that has occurred for physical reasons, there is no real reason your sex life should diminish. Often, those with ED still have a normal libido; however they feel they are unable to participate in sexual activity due to their constraints, mainly because men feel that their masculinity decreases with their manhood. The truth of it is that all of the insecurities that men think they have, women don’t really care! With this being said, ED is still of course more than an insecurity for men, but the same still applies, if you are still able to please your women they will thank you for it. This brings in the introduction of sex toys, sex toys are a great way of pleasing a partner in an intimate, arousing way. More often than not, those who use sex toys often state that sex without sex toys is not the same, and that sex toys open a whole new frontier. Leading on from this, someone with ED could implement sex toys if they feel that their partner is suffering due to the effects of ED. There are many options in terms of useful sex toys, for realism, one could purchase a strap on dildo or penis prostheses to simulate real sex, or just a simple vibrator will do the trick in getting your women off. 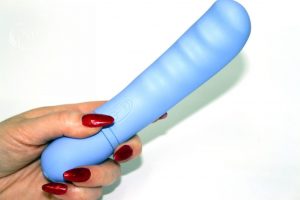 Another use for sex toys is the pleasure that they bring to the sufferer, they offer a different experience in terms of sex and the bedroom. There are toys that are able to recreate sensations that would feel from sex, often they enhance the sensations. One example of a great addition to enhance sensitivity is a cock ring, the intense vibration and tight sensation promotes blood flow and arousal. The vibrations are more intense than the vibrations experienced through intercourse and other sexual activity. Staying on vibration, a traditional vibrator could also aid in obtaining and maintaining an erection, similarly, the intense vibrations are incomparable to any that are naturally experienced. 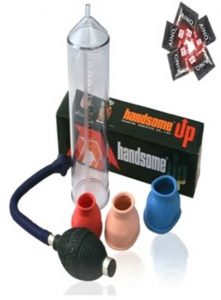 A more hands on approach would be to introduce a penis pump into your regime, penis pumps are not entirely tried and tested, but if used correctly you can get more bang for your buck! Penis pumps are a cheap and easy method that if done correctly carries little risk, however it isn’t entirely proven to work, but hey, it doesn’t hurt to try right?

Huge Sale Now On - 50% off EVERYTHING! Dismiss